My first visit to the competition site was on 10th June. 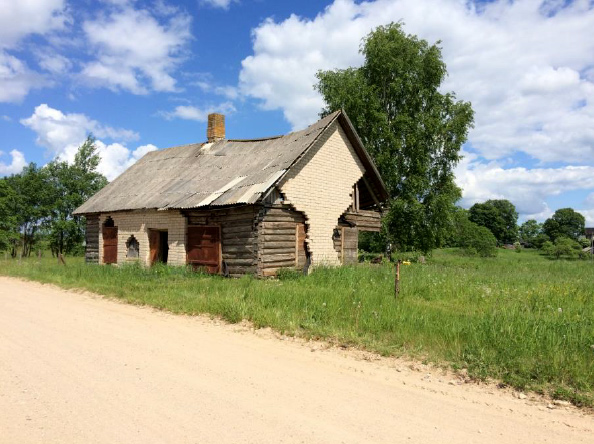 Ruin near the road to the Hash house. 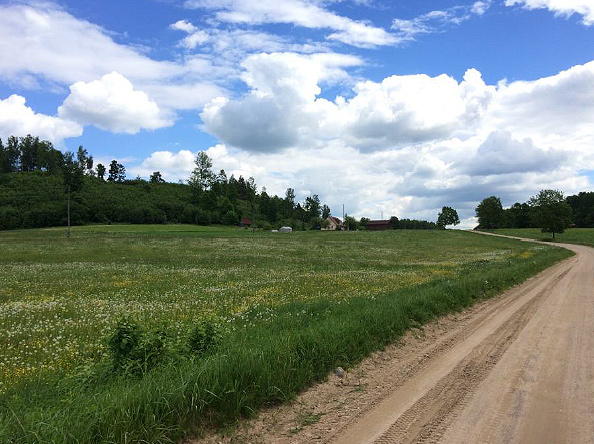 I live approximately 300km from the competition center and it takes about 4.5h driving to get there. My initial plan was visiting ¼ of the marked checkpoints per weekend and checking of the map around them thus spending 4 weekends to cover the whole map. I knew it was very optimistic plan from the very beginning but fortunately I have a wonderful and experienced rogaining teammate Ilze who joined me on the map inspection and course vetting. By the way Ilze did all the model map on her own and she visited almost a half of the checkpoint locations. Some arguable checkpoint places we visited both independently and few of them even together. We suggested to the mapper a relocation of one particular checkpoint due to the map accuracy and we had quite emotional disputes with Aivars upon that

. Finally, everybody is happy and every checkpoint place is visited by two or three persons independently. In addition, it will be visited by a new independent person who will allocate the SI station and marker before the race.

We were watching the grass growing and the map improving with every comeback to the site. I guess Aivars and Ēvalds should have great feeling of planning the checkpoint locations and drawing the map and preparing it for the world championships. Finally, I should say Aivars and Ēvalds have done a great job and they can be proud of the result achieved. You will be able to evaluate it in less than 3 weeks from now.

The competition ground is quite wild and abandoned compared to other parts of Latvia. Nevertheless, there are many overgrown tracks and small roads that will be much easier to travel along than to take shortcuts or direct routes between checkpoints. 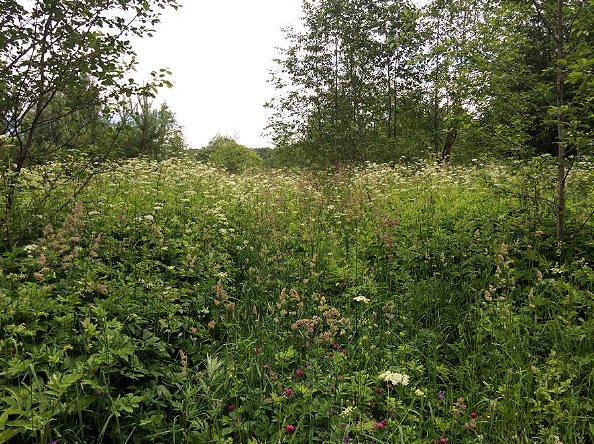 Can you spot a track in this picture?

Course setters’ and vetters’ guess is that hardly any team will be able to visit all checkpoints marked on the map. The terrain, vegetation and elevation profile will put enough challenge for any team to plan a route corresponding to its own capabilities.

Be careful at the Eastern edge of the map and don’t get lost outside of the mapped area especially if you go there in the dark. Some valuable checkpoints are there and the terrain is comparatively flat and with fewer roads and tracks in that part of the map.

The grass is huge in some places. Watch out for Heracleum sosnowskyi and avoid direct contact with bare skin. 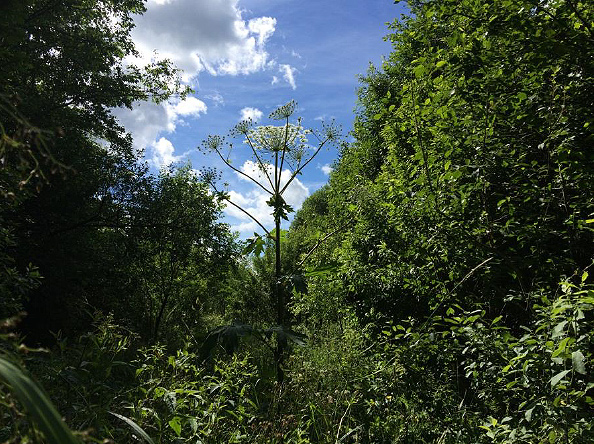 4m tall Sosnowskyi hogweed (Heracleum sosnowskyi) in the centre.
There will be additional information about this poisonous plant at the competition center and in the prestart information. 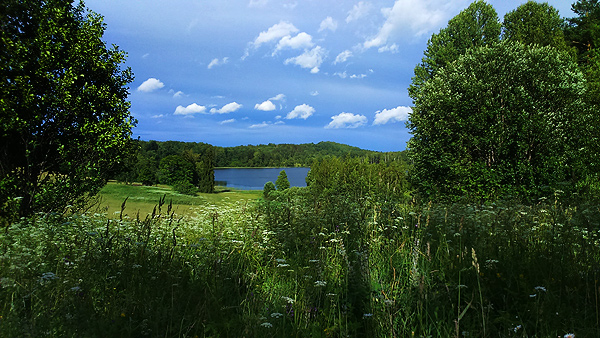 Luckily grass will be cut on many meadows at the time of the race. Although you will come across places where humans are rare visitors, most likely you will find a new rogainers’ track after the first two or three teams but it will be a challenge of “jungle breaking” for the strongest and fastest ones.

My last visit to the map ground was on 15th … 16th July. Having my task completed I even miss the mosquito bites, nettle stings and ~50km straying through jungle over a weekend. 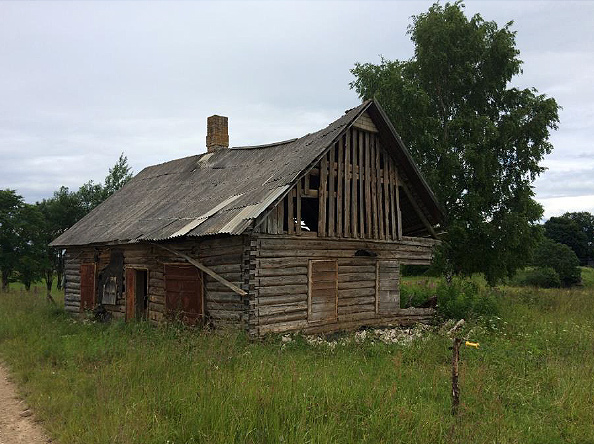 Now I am looking forward to the moment of the map handout and waiting for your emotions from the race. Good luck to everyone and see you on 18th August! 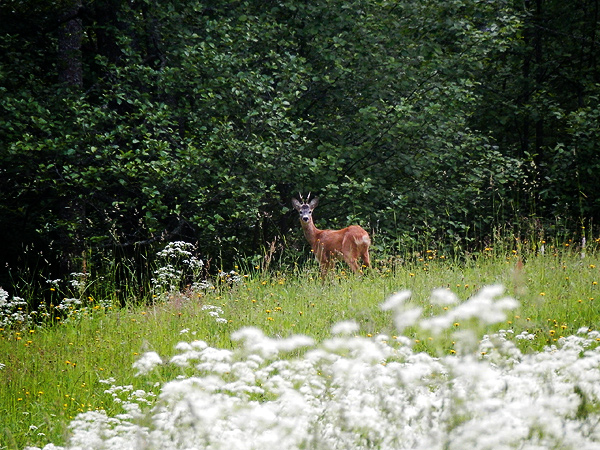 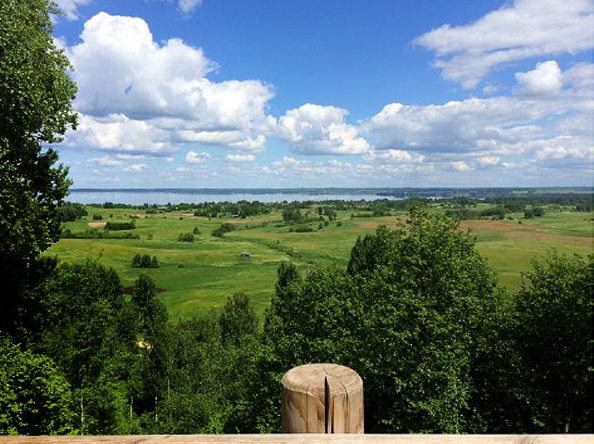