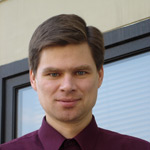 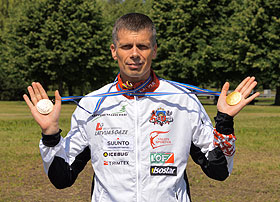 participated in 4 WRCs and 2 ERCs, as well as in a number of other international rogaine events.
Being an active and world class rogainer, Guntars has won 2 WRC gold medals (XO in 2002, 2006), bronze position of WRC (XO, 2004) and became 2 times ERC gold medalist (XO in 2005, XV in 2011).
Guntars has been taking part for decades in endurance, orienteering, and adventure sports and now is Trail -O world class athlete.
He has participated in organization of the 4th ERC (2007) as event director, course setter and result services provider.
Also he played significant role in organization of several local rogaining events, including 4 LRCs (2003 - 2007). Guntars has been working with timing and result
services for orienteering events (incl. World Cup and European Championship events), adventure races and in lately also rogaines for more than 10 years.
He has extensive experience with SPORTIdent punching system and having direct contacts with SPORTIdent Germany.